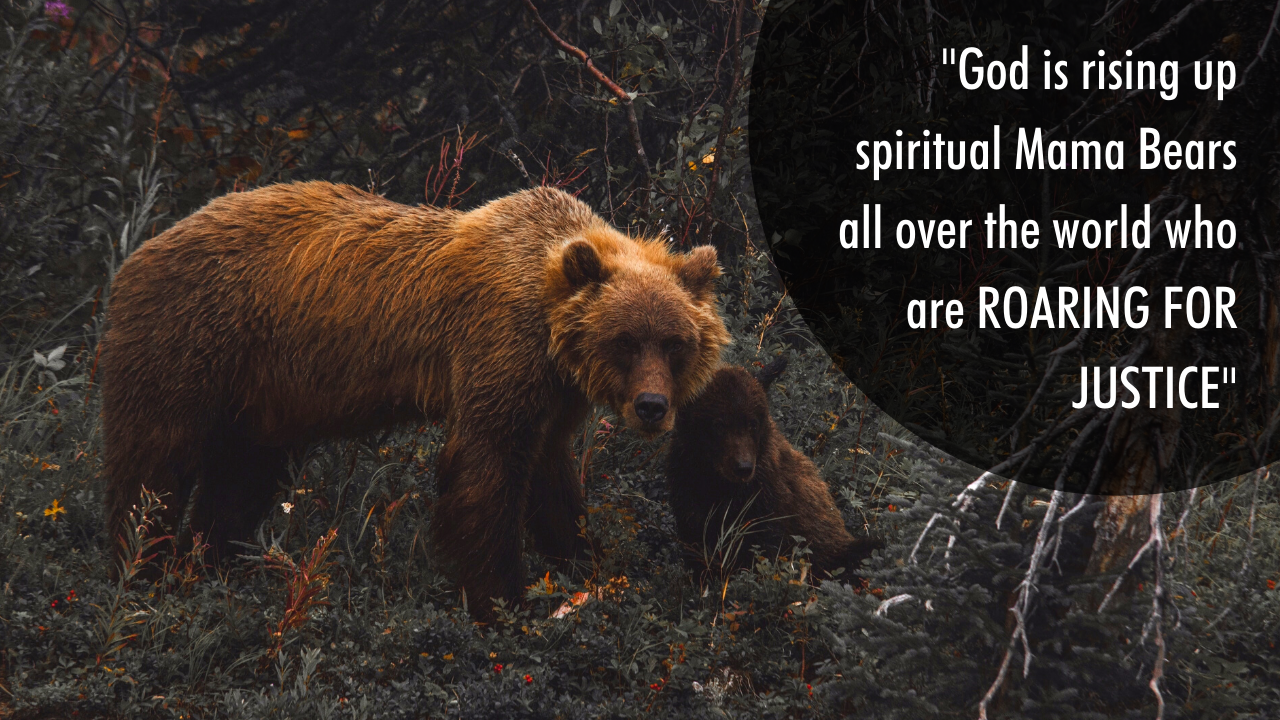 God is calling forth the Mama Bears in the Body of Christ in this season to rise up and protect the defenseless and unsuspecting.
Back in December of 2017 I prophesied that it was a season of shaking in the body, where God was exposing predators, and corrupt leaders (see that article here). I'm sure we can all agree that has definitely played out right before our very eyes!!
In the aftermath, there has been a lot of talk about what we as Christians are to do to not be so susceptible to ministers and leaders who abuse and misuse their spiritual authority. Many Christians have been discussing how to walk a path of recovery, repentance, and restoration with these figures in “power" who have sinned against the ones they were supposed to be serving and equipping.
However many leaders in the Body of Christ have completely dropped the ball when it comes to protecting and caring for the victims of these leaders.
We can find whole books equipping abusers how a perpetrator can break their abuse cycles, but we are neglecting and abandoning the victims who were mistreated by those ministers and leaders who had gone astray from their calling.
God is rising up Mama Bears in the body all over the world who are ROARING FOR JUSTICE. They are rising up to defend and protect those who have been manipulated, coerced, mistreated, and/or abused by the very people who were called by God to love and serve.
All over the world I can hear the roar of Mama Bears, who will protect the defenseless at any cost.
One example of this is the newly founded ministry, Voice 4 Victims, sponsored by Patricia King. There are Mama Bears coming together to create organizations that support the healing of those who have been victims of abuse. There are Mama Bears rising who are not afraid to roar in the face of the enemy “GET YOUR HANDS OFF THAT CHILD OF GOD!!!” These Mama Bears are not interested in polite sentiments when it comes to defending the downtrodden. When they see someone who has been deceived or manipulated being taken advantage of, they will not hesitate to come to their aid.
The other very important thing these Mama Bears are being called by God to do is to nurture the inner healing process of those who have been wounded and abused by predatory and abusive behavior. These Mama Bears are mentors and mothers of the faith. They are loving and nurturing, but also FIERCE. These Mama Bears are leaders who will not sacrifice the "least of these" for fame and notoriety. She isn't looking to be seen by the masses. She is looking to raise up future leaders.
According to the experts at BearSmart.com, "Mother bears are affectionate, protective, devoted, strict, sensitive and attentive with their young.”

I am excited for the future of the Church. I am excited to see how God uses these women mightily in the coming years. They will be pillars of the Church in ways that we cannot even yet fathom.

Perhaps you are one of those Mama Bears God is raising up in this season. If you have a big dream of an organization of ministry that God is calling you to birth, let us help you build your dream. We specialize in empowering people to step into their calling.